The trademark of the Kuss Quartet is their concept-based programming. With common themes running throughout their programmes, they offer unique experiences to accustomed audiences and new listeners alike. Leader Jana Kuss and Oliver Wille have been playing side by side for almost 30 years. Together with their long-standing colleagues William Coleman and Mikayel Hakhnazaryan, they seek to validate the eternal “muss es sein?” of string quartet playing with their own brand of curiosity.
In early 2019, the Kuss Quartet was the first German string quartet to receive Stradivari’s legendary “Paganini Quartet” on loan from the Nippon Music Foundation. The quartet played Beethoven’s complete string quartet cycle on these instruments in June 2019, by invitation of the Suntory Hall, Tokyo. The live, recorded cycle was released in early 2020 by the British label Rubicon Classics with the support of G. Henle Verlag.

The cross-genre Beethoven programme “Force and Freedom” was developed together with director Nicola Hümpel and her music and dance theatre “Nico and The Navigators”. The programm will be brought on stage at the Schwetzinger Festspiele in May 2021 and can also be seen at the Palais des Beaux Arts Brussels, the Konzerthaus Dortmund, the Kissinger Sommer and the Radialsystem Berlin.

At the beginning of their career, the quartet was awarded first prizes by the German Music Council and the Borciani Competition, received a Borletti-Buitoni Award and was a “Rising Star” of the European Concert Hall Organization.

“The Kuss Quartet has long ranked amongst the most interesting quartets on the international scene.”
Thomas Schacher, Neue Zürcher Zeitung, May 2018

Today, the Kuss Quartet inspires the next generation at numerous master classes. William Coleman (Mozarteum, Salzburg) and Oliver Wille (in Hanover and Birmingham) are also professors at European universities. 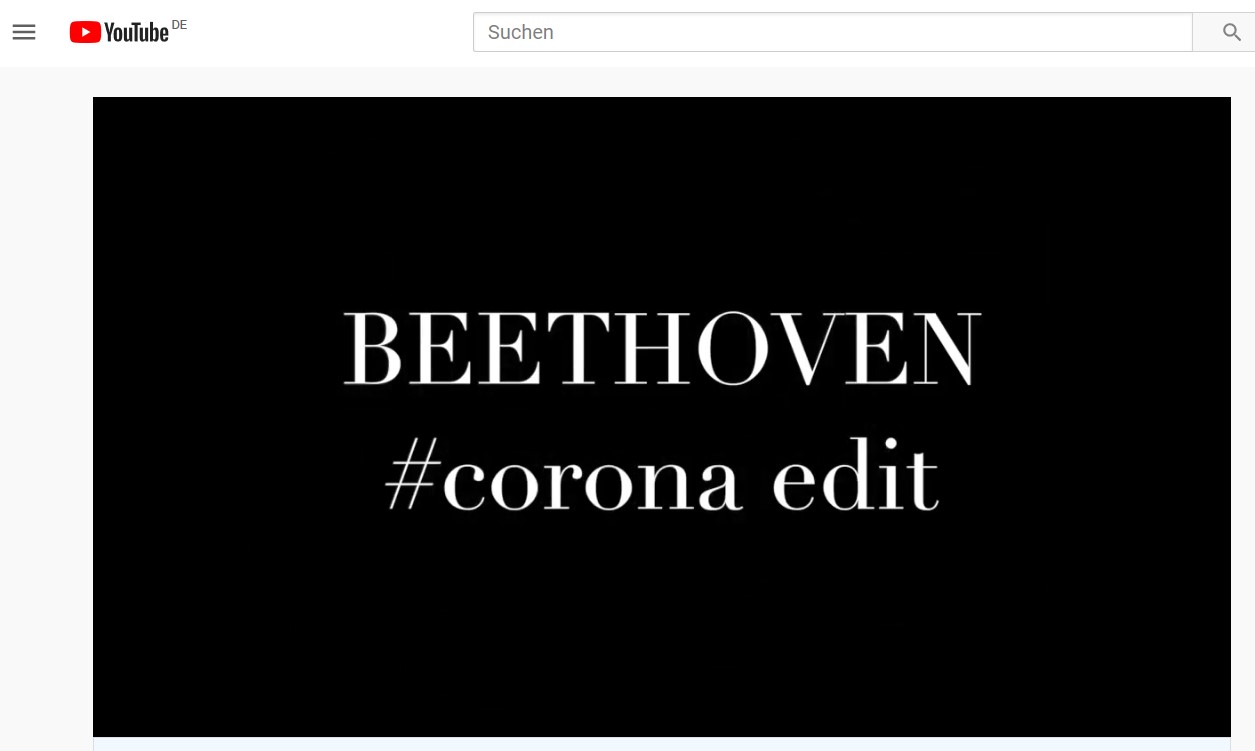 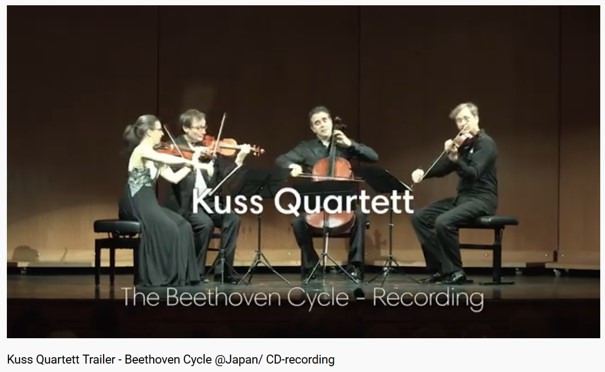 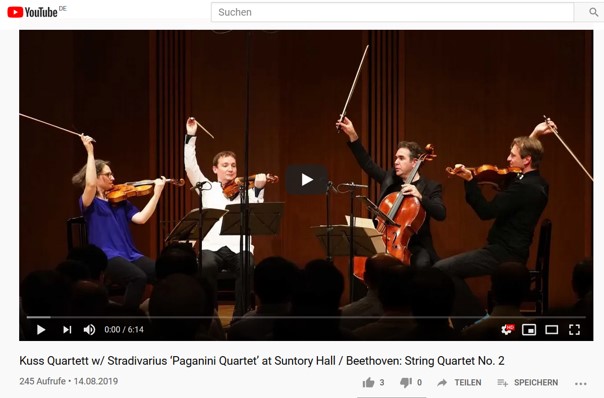 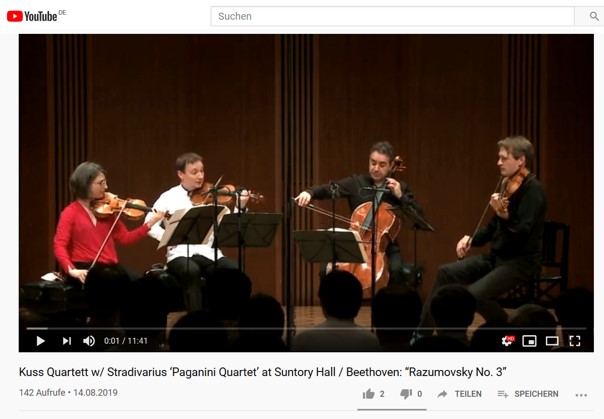 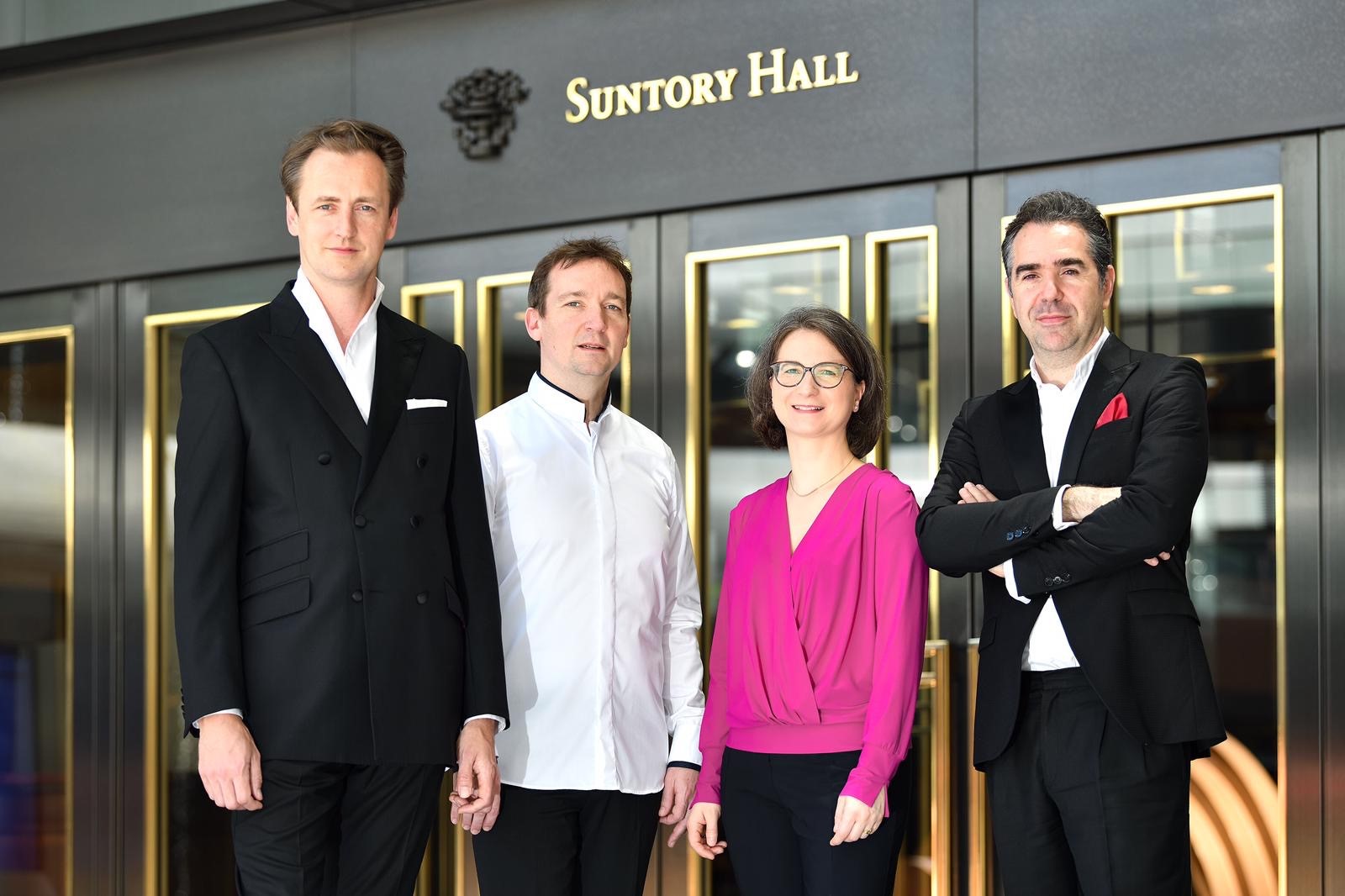 Kuss Quartet to perform Beethoven for everyone – LIVE online