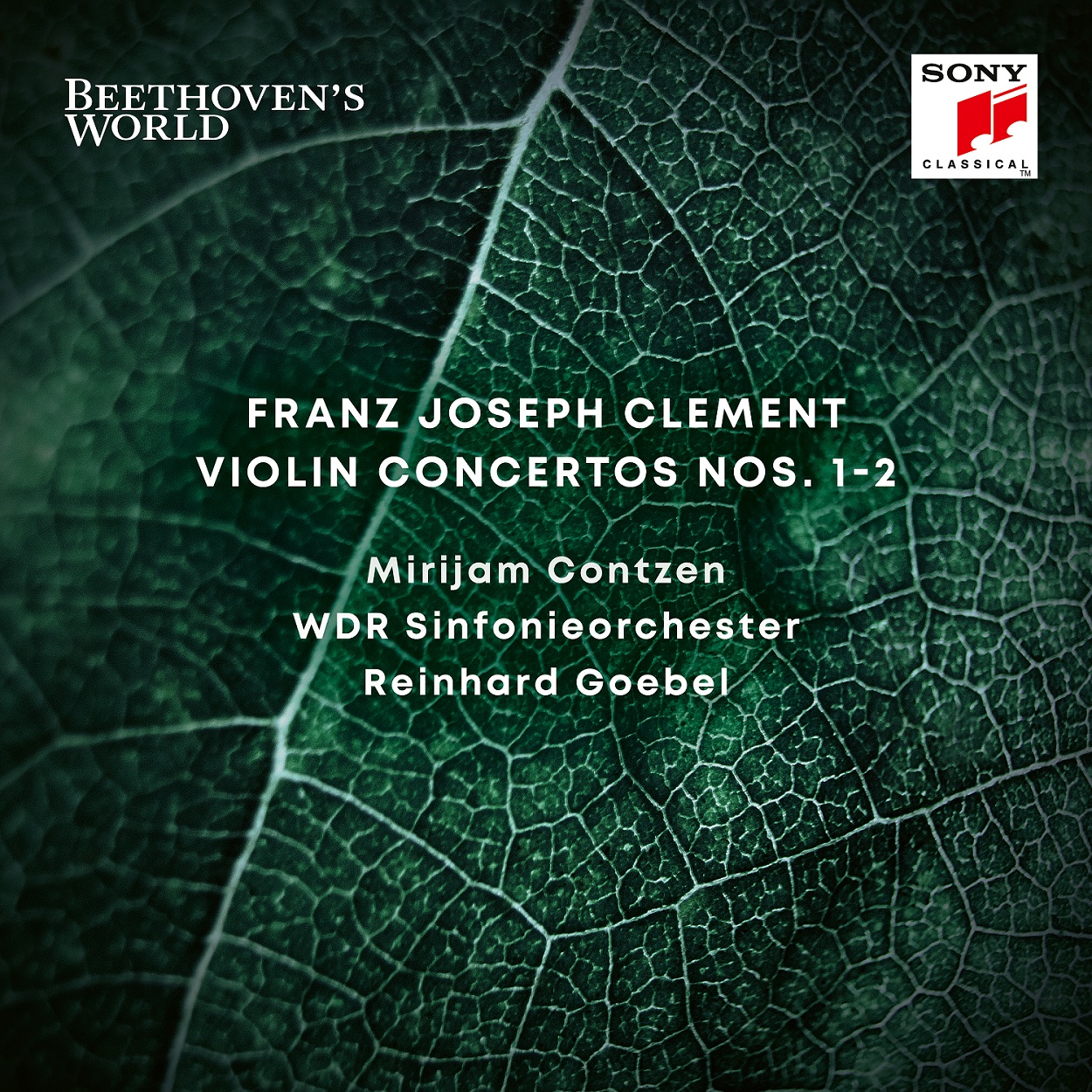 For many years violinist Mirijam Contzen has supported the conductor and expert for historical performance practice Reinhard Goebel in his efforts to reintroduce audiences to 18th and early 19th century compositions: works that for decades have resided in the shadows, lost and forgotten, amongst the ample works preserved in various musical archives. The recordings of the Violin Concertos Nos. 1 and 2 by Viennese virtuoso Franz Joseph Clement (1780-1842) mark the rediscovery of such treasures. Together with the WDR Symphony Orchestra, Contzen and Goebel will kick-off the quintuple series „Beethoven’s World“, curated by Goebel himself, which will be released by Sony Classical throughout 2020 – the year of Beethoven’s 250th birthday anniversary. The German release date for the first album has been set for the 10th of January and includes the world premiere recording of Clements Violin Concerto No. 2 – a work lost soon after its introduction to the public in the first decade of the 19th century.

The CD series acts as Reinhard Goebel’s contribution to Beethoven’s anniversary year. The project revives previously unknown elements of the soundscape that accompanied, influenced and shaped Beethoven throughout his time in Vienna. The series features German-Japanese violinist Mirijam Contzen, a vital accomplice and partner to Goebel precisely because of the shared fascination and excitement for the widely unknown music of the 1700s and early 1800s.