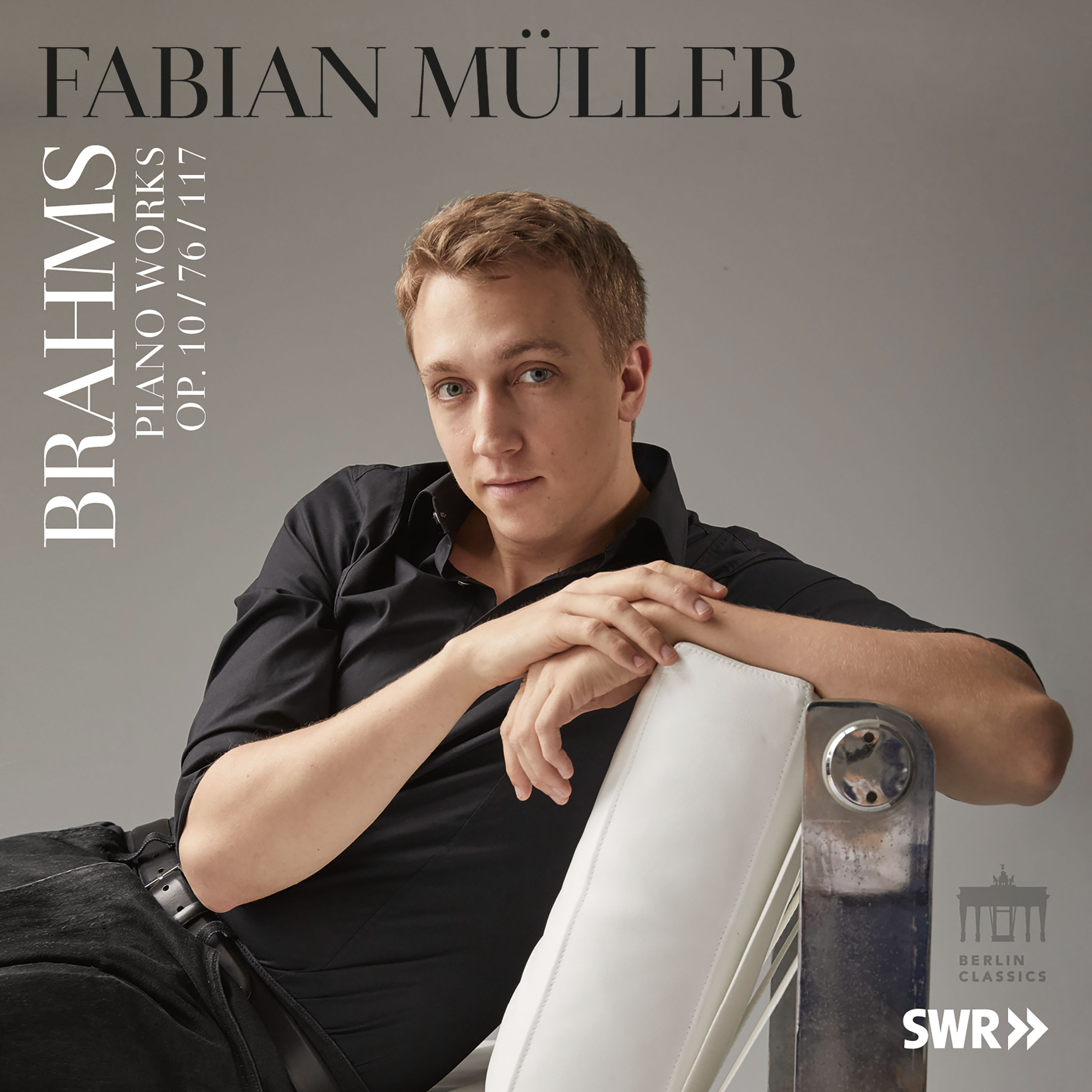 “Hey everyone, you really should listen to this music!” Fabian Müller was given Brahms’s complete piano works on CD as a child, and he would sit in the back of his parentsʼ car on the way to vacation, enraptured by the music of the Hamburg composer. Nothing has changed in his attitude since then.

Fabian Müller has embarked on a promising career which has already been full of thrills and continues to progress very favourably. In 2017 he was the first German pianist in this millennium to win a second prize at the ARD Music Competition as well as being awarded both the Audience and Busch prizes. He had attracted international attention in 2013 as a prizewinner at the Ferrucio Busoni Competition. He gave his debut at New Yorkʼs Carnegie Hall in the spring of 2018, and at the Elbphilharmonie in Hamburg in September 2018.

The Bonn-born pianist demonstrates Brahms’s calm, introverted pianistic approach in his recordings of the Ballades op. 10, the Piano Pieces op. 76 and the Intermezzos op. 117. This is an unusual choice for such a young artist: Müller’s playing style eschews sensational pianistic virtuosity, instead evincing heartfelt musicality, especially in the soft tones. In “piano expert” Stefan Knüpfer, who is known from the film “Pianomania”, he has found the perfect technical partner, who knew exactly how to react to his ideas and wishes. The result on the Steinway grand piano of 1956 is a sound that is almost inimitable.

In addition to his regular concert activities, Fabian Müller is also involved in the field of music communication and working with children and adolescents. As festival pianist at the educational project of the Ruhr Piano Festival he works every year with over 300 children who wish to get to grips in a creative way with modern music. Fabian Müller is also Artistic Director of the chamber music series “Bonner Zwischentöne” (Bonn intermediate tones), which he initiated. His chamber music partners include Albrecht Mayer, Daniel Müller-Schott, Maximilian Hornung, the Vision String Quartet and the Schumann Quartet.

On his debut album for Berlin Classics he can be heard playing solo, inviting listeners to totally immerse themselves in the music. “This is music that I wish to hear when I am old and perhaps ailing, because despite their sadness they emit such warmth and comfort, characteristics that I have found in no other composer.”