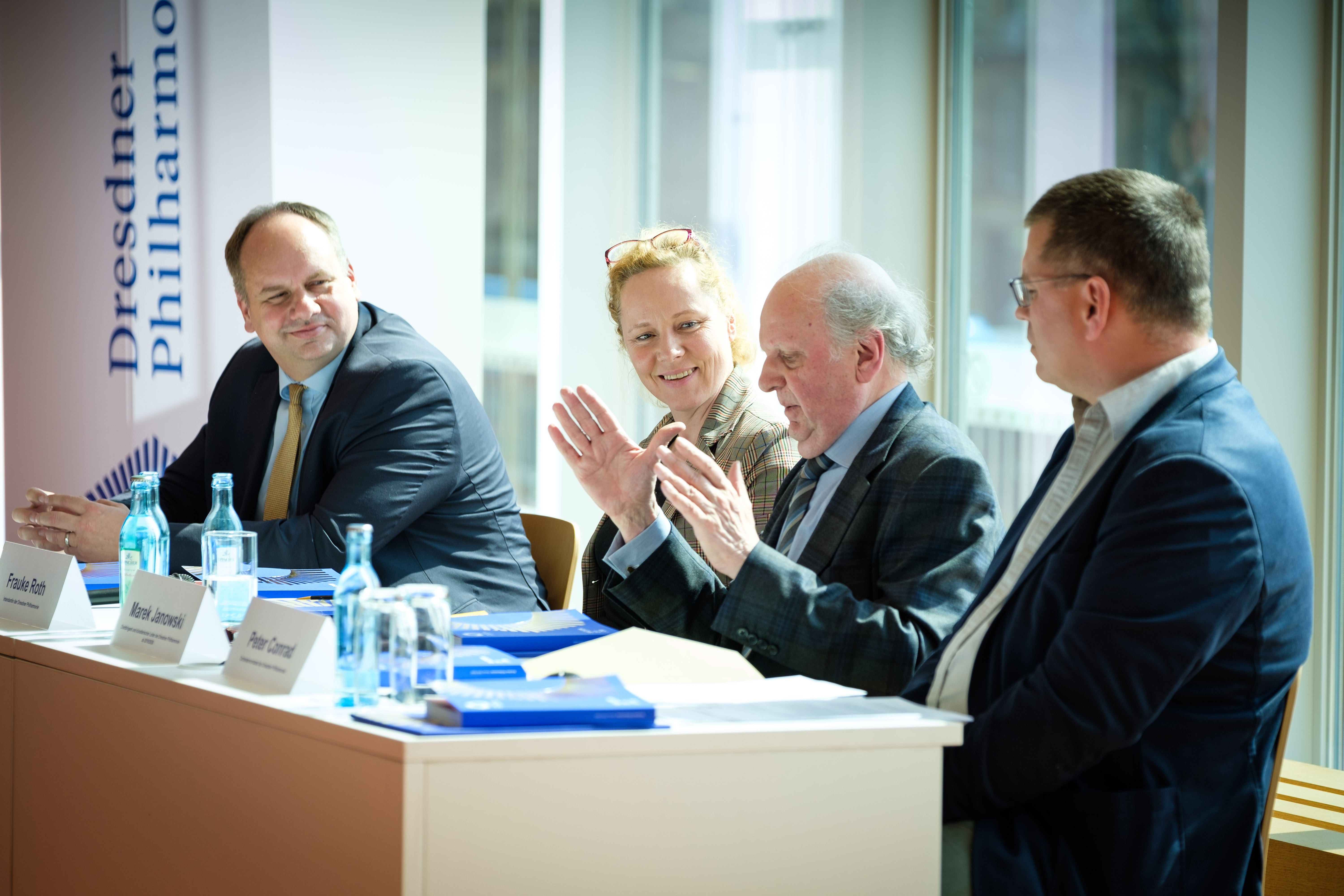 In his first season 2019/2020 as Chief Conductor and Musical Director of the Dresden Philharmonic Janowski will conduct a broad and diverse range of repertoire. The performance of Anton Bruckner’s Symphony No. 8 not only marks the inauguration of Janowski’s new season as Chief Conductor but will furthermore showcase the maestro’s deep and intricate knowledge of the piece. The following program, which features various choral symphonic works composed by Giuseppe Verdi and Luigi Dallapiccola, provides a stark contrast to its prior counterpart. Lovers of concertante opera will have the chance to hear the first act of Richard Wagner’s The Valkyrie at the beginning of the season. The performance of Fidelio in the spring of the Beethoven Year marks yet another highlight of the season. Both Fidelio and the concertante version of the first act of The Valkyrie will feature excellent soloists and the MDR Rundfunkchor. In celebration of the 250th anniversary of Beethoven’s birth, Janowski, a known admirer of the composer, has dedicated a part of the year’s program to his works. The maestro will combine performances of various Beethoven symphonies with performances of string quartets from the same creative period which will be performed by Quatuor Ébène. A further program is dedicated entirely to the „Father of the Symphony“, Joseph Haydn. In addition Janowski’s interpretations of pieces by Anton Webern and Alban Berg will showcase the works of the Second Viennese School.