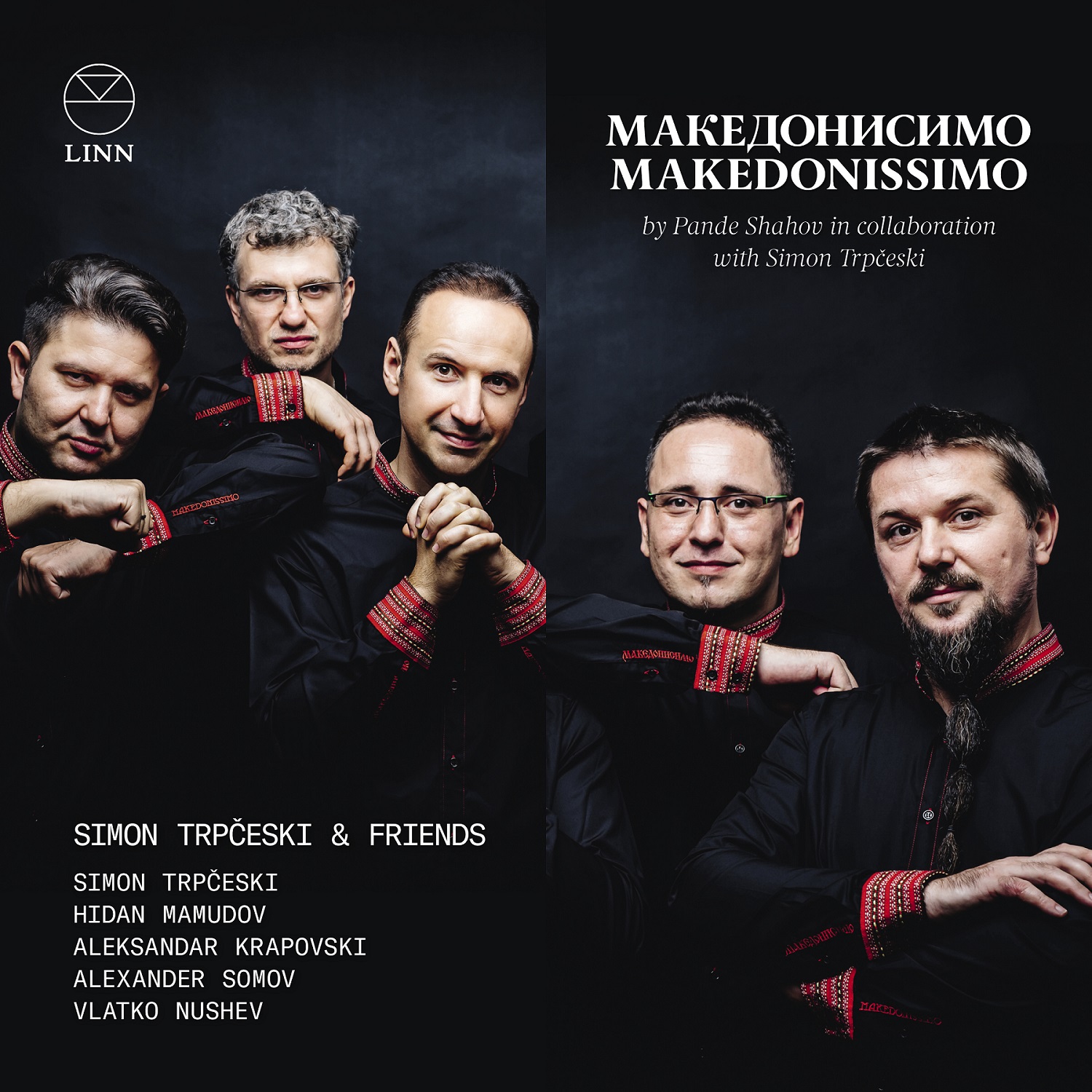 “MAKEDONISSIMO”, meaning “very Macedonian”, sees Macedonian pianist Simon Trpčeski take a detour from Beethoven and Brahms to celebrate the music of his homeland, Macedonia. Trpčeski takes listeners on a joyous tour through the incredible rhythms and haunting melodies of the Macedonian folk music tradition in which highly intricate, jazz-influenced riffs and harmonies are seamlessly interwoven.

Inspired by Trpčeski’s passion for the folk traditions of his homeland, Macedonian composer Pande Shahov (b. 1973), in collaboration with Trpčeski, created a six movement cycle he called Pletenki (Plaits). In these new arrangements Shahov merges his own sound world – one which is influenced by impressionist attitudes to resonance and jazz harmony – with Macedonia’s traditional music. This project had its world premiere in May 2017 at the Ludwigsburg Festival, Germany, and went on to wow audiences in the UK (London, Liverpool, Birmingham), Slovenia (Ljubljana), France (Lille), Poland (Warsaw, Szczecin, Gdansk, Katowice), the Netherlands (Amsterdam), Serbia (Belgrade), Montenegro (Bar), Romania (Cluj) and South Korea (Jeongseon, Wonju, Chuncheon).

Led by Trpčeski on piano the quintet of virtuosi musicians comprises Hidan Mamudov clarinet, saxophone, kaval, Aleksandar Krapovski violin, Alexander Somov cello and Vlatko Nushev percussion.
Trpčeski writes: ‘I am thrilled about our collaboration with Linn Records and the release of this recording which I sincerely hope will bring warmth and joy to the audiences all over the world.’

A homage – Quatuor Tchalik and the art of the string quartet