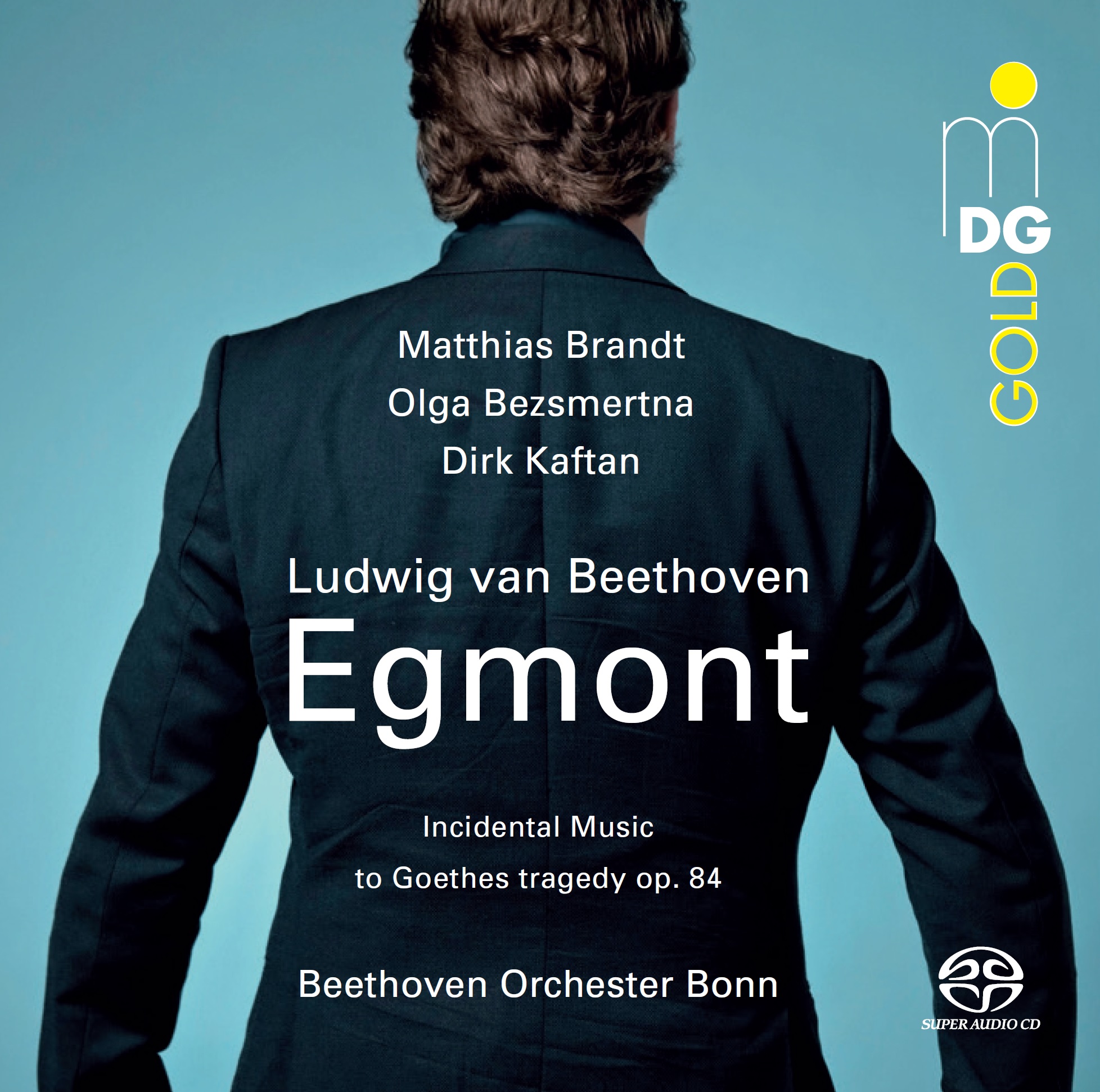 Under its general music director, Dirk Kaftan, the Beethoven Orchester Bonn has made a new recording of Beethoven’s incidental music for “Egmont”, op. 84, on MDG Records – with specially adapted original texts from Goethe’s tragedy spoken by the popular actor Matthias Brandt. A highly listenable foretaste of the coming Beethoven anniversary in 2020, from the heart of the city where he was born.

Since the Marburg-born conductor took up the position in Bonn as of the 2017/18 season, “an appetite for new experiences has broken out that is seldom seen in connection with German symphony orchestras,” wrote the weekly ZEIT newspaper. And that appetite is as present among members of the long-standing Beethoven Orchester as it is among concert-goers. Critics are equally convinced. Kaftan can do Beethoven, too, and “splendidly” at that, the daily General-Anzeiger Bonn wrote recently in its praise of the performance of the “Egmont” music, and went on to say: “The Beethoven Orchester made the music speak with its tight playing. The famous overture already had a fine resolute tone and incisiveness that led right into the midst of the drama of emotions.”

For this CD production, Tilmann Böttcher and the well-known TV and stage actor Matthias Brandt, who is also the speaker here, have created texts that draw on the original wording. They are put together in such a way that the plot of the tragedy can be easily followed and the musical numbers are coherently connected with one another. “Just as Goethe wanted moods and ideas to be taken up and developed by the music, the music here is taken up and developed by the text right into the next piece of music,” Böttcher explains.

Apart from the overture, Beethoven’s incidental music includes four Entr’actes, a Melodrama, a “Victory Symphony” for the final curtain and two songs (including the famous “Freudvoll und leidvoll” [Eng: “Joyful and Sorrowful”]) for Klärchen, Count Egmont’s commoner beloved, to whom the Ukrainian soprano Olga Bezsmertna lends her voice on this recording. Bezsmertna, who won the “Neue Stimme” competition run by the Bertelsmann Foundation in 2011, is currently a permanent ensemble member at the Vienna Opera and much in demand on stages around the world.