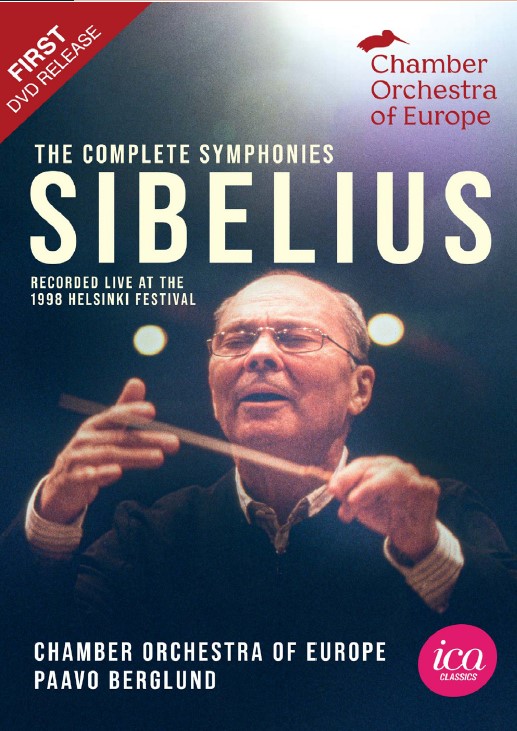 Finnish conductor Paavo Berglund was considered one of the best known and greatest interpreters of Jean Sibelius’ works in his time. His vivid conducting brought to light the unique compositional language and particular timbres in Sibelius’s work and fueled interest in his oeuvre. In doing so, Berglund paid meticulous attention to the original Sibelius text.

On the basis of his many years of successful collaboration with the Chamber Orchestra of Europe, the orchestra, which also had a deep friendship with Paavo Berglund, proposed a concert cycle of all the Sibelius symphonies, which, after the Edinburgh International Festival, was also performed at the Helsinki Festival in August 1998, where it was documented on film. This DVD box set is the first and only authorized contemporary record of Paavo Berglund’s artistry, which the orchestra is now releasing as a special tribute and to mark the 10th anniversary of his death. The recordings have never been shown before and are now available in HD resolution as DVD and Blu-ray on the label ica Classics.