The German-Greek pianist Kiveli Dörken is presenting her first own studio album on the Ars Produktion label. It features two works by Josef Suk: the piano cycle “Things Lived and Dreamt”, op. 30, and the Piano Quintet in G Minor, op. 8 – the latter played together with outstanding musician friends.

For Kiveli Dörken, it was a unique “moment of synchronisation” that led to the late-Romantic Czech composer Josef Suk becoming the focus of her first own studio project. Upon encountering Suk’s works for the first time, she felt “instinctively close to him. I immediately sensed that the musical language he uses is one that is very similar to my trains of thought, my actual language, my way of talking.”

The piano cycle “Things Lived and Dreamt”, op. 30, by this favourite pupil and (later) son-in-law of Antonín Dvořák forms the centrepiece of the album. It is something like a sleeping giant of the piano repertoire. “I was always looking for something that expresses my being and is somehow also a bit undiscovered.” In the altogether ten pieces of the cycle, composed in 1909, Suk, an outstanding violinist who gave more than 4,000 concerts as a member of the internationally-acclaimed Bohemian Quartet, displays an individual, expressive musical language that has emancipated itself from the style of his popular artistic mentor. For Dörken, the work is a wonderful kaleidoscope in the form of an artist’s diary that runs the gamut from melancholy to irony: “Here, it is more about everyday emotions that subtly influence our life and that affect us more deeply precisely for this reason.”

The recording of the Piano Quintet in G Minor, op. 8, rounds out the debut album of Kiveli Dörken, who is an equally passionate ensemble pianist. The high-profile quartet featured on the recording, with the self-declared Suk fan Christian Tetzlaff (vln 1), Florian Donderer (vln 2), Timothy Ridout (vla) and Tanja Tetzlaff (vlc), was a “best-case scenario: their dedication both to musical detail and to emotional extremes was a constant source of inspiration to me.” 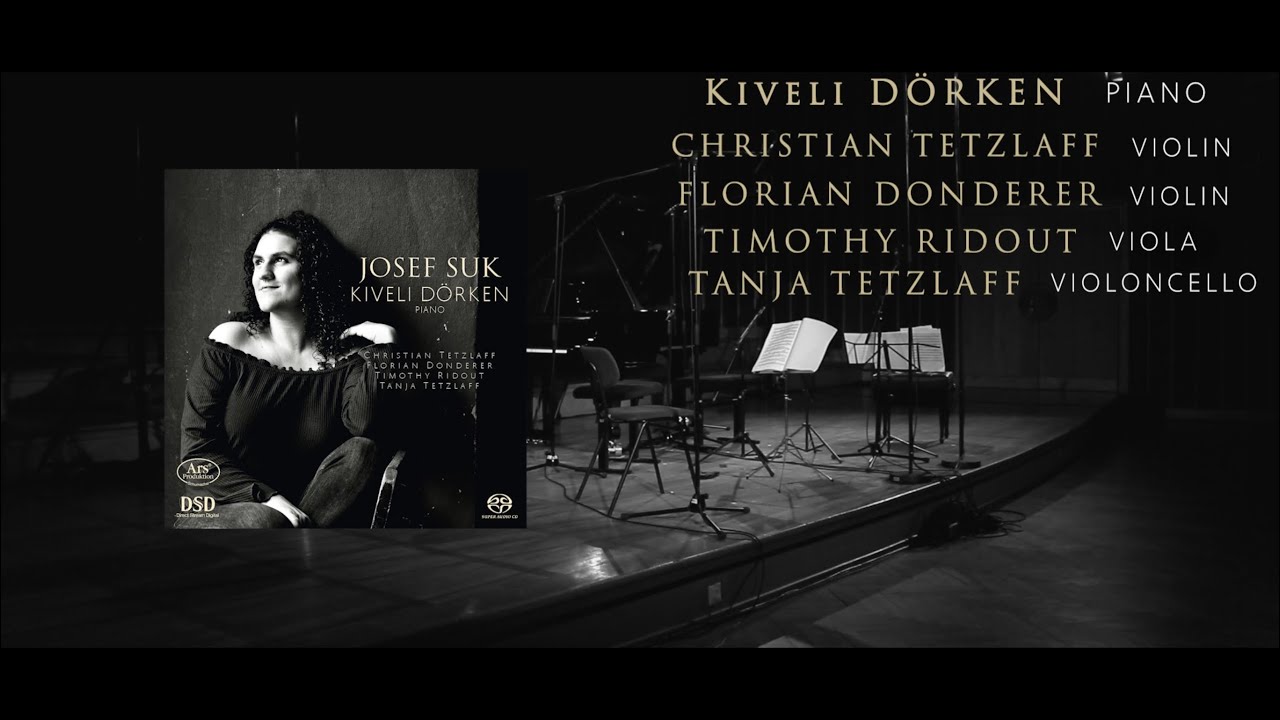